In hope of a unified city of your choice, Uijeongbu, Peace Park in the Berlin Wall installation! 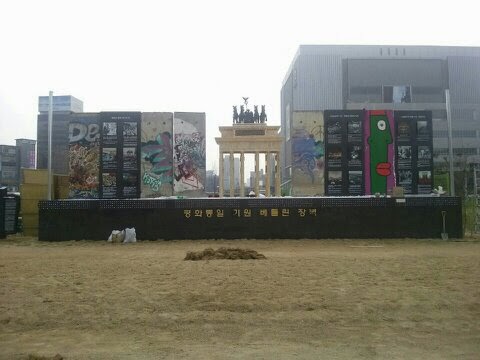 Berlin Wall Peace Park to desire a peaceful reunification of the Korean peninsula to the city council would like Metropolitan Government in the hope of unification entered . Theme park of peaceful unification prayer that is open to 15:00 September 19 , symbolizes the history of the military city Uijeongbu city and pain of division had endured is installed on the camp hauling water there was a U.S. military base in the past 60 years there is a sense to .

Uijeongbu City , Chu Germany Embassy of the Republic of Korea , donation of the Berlin Wall , the Gyeonggi hope of market Anbyon'yon Uijeongbu who visited Berlin in the training period of the chiefs of Gyeonggi Province is trying to install to the discussion Berlin Wall the end of the effort of more than two years of relevant parties , park development has been carried out smoothly in response willingly , and related budget in Gyeonggi Province , which has received donated free of charge five Berlin fence .

Vibrant city , pain and divide the power failure historically , as the center of the national security of more than 60 years , when many cities in the metropolitan area has evolved with the rapid changes , Uijeongbu City National Security which is the center city of Gyeonggi been carried out in silence the role of the security . Peaceful reunification prayer park is construction on the location of the site , in the city that has kept the peace , Uijeongbu is changed to city to desire unity .

Peace Park to be the center of Uijeongbu , was established in Uijeongbu Station often floating population most , before the modeling of three to represent the past, present and future of the Korean Peninsula is installed , the U.S. military participation in a war memorial shaped object is , at present , symbol shaped object of discussion 50th test drive price, so hope the unification of the Korean Peninsula life of the Berlin Wall is installed in the future . The Berlin Wall , a symbol of national unity , which is " and divide the symbol of the Korean peninsula divided , by installing in Uijeongbu , which is the center city of the Korean peninsula , Anbyon'yon chair , lighting, a new historical value of Uijeongbu the , also a " is changed to a symbol of peaceful reunification the garrison of U.S. military bases , and security learning by installing together Kahi for peace and screening of the video along with the Berlin Wall to the" peaceful reunification prayer park to the " plans to use as a park peaceful unification of the world's best both in name and reality to be able to reaffirm the meaning of security in place , such as a history education experience Center .

Currently , Masterpieces education city , Uijeongbu is Gyeonggi shed completely the image of the military town of previous Hospital and University whether from the U.S. military base that has been stationed in Uijeongbu , New World Chelsea outlet , such as wide-area administrative town enters it is changing as new city to lead the culture of the road . Uijeongbu it is pushed by the just cause of the security of more than 60 years past , is changing to new Uijeongbu citizen you have to put up with disadvantage is approaching To determinedly . 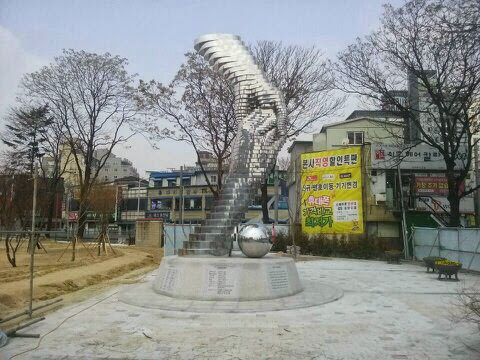